Words can’t begin to describe the love I feel for Percy. For the past seven years he has been an important part of my life. I’m trying to write this and I can’t. I don’t know if I ever will be able to. I’d like to think that somewhere he is getting to meet Junkyard and that the two of them are hanging out with my Grandpa Wyatt. 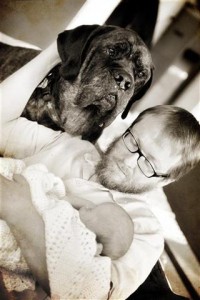 I took a break and decided to post a message on an English Mastiff Owners group, I then decided it belonged here. Forgive my lack of correct grammar and any spelling issues. It’s hard to type through tears.

This is my story of Percy and the time I spent with him.

I met P when he was a just a baby. His mama had just gotten him as a Christmas present and I fell in love at first sight. Over the years I would offer to take him for walks all because he was such a great way to meet women. 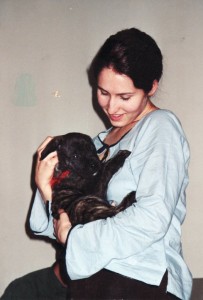 When Percy was four his mama and I started dating. He quickly let me know how things worked (“Hurt my mama and I will end you”) and Jenni told me where my place in the hierarchy was (“If the choice is between you and Percy, pack your bags”), I was ok with both of these things. I caught the flu shortly after Jenni and I started our relationship and being a smart woman she knew that I wouldn’t take care of myself so she made me stay at her house where she could take care of me. It was during this week that P and I really bonded. We had many discussions/arguments on the proper way for both of us to fit on the couch until we came up with a solution. This arrangement worked for us even after we got new couches. 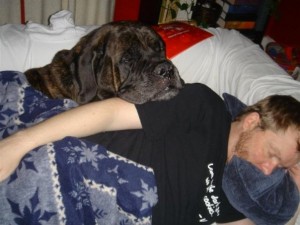 When Jenni and I got married we included him in our engagement photos. During our wedding it was decided that he needed to be a part of it so he walked my mother down the aisle. I was doing really good holding it together that day but when everyone there started clapping and cheering for him I started crying. Countless people have told me that having him there was perfect. 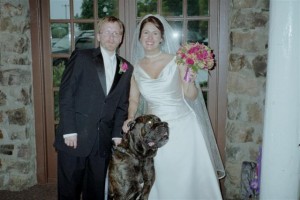 An opportunity came up where Jenni and I were able to give a home a mastiff puppy and we jumped at it. We figured Percy would be all right with it. Plans changed when we decided to bring two of them home and we were a little worried about how P would feel about them. I have no idea why we were worried. 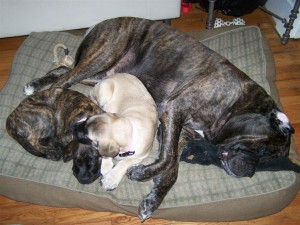 Percy and the girls

A year ago Percy was diagnosed with Melanoma and during treatment Carcinoma and Lymphoma were discovered. He wound up having to have multiple surgeries, radiation treatments in Auburn, and chemo. For the past 8 months the two of us have been making a weekly 4 hour trip for his treatments with never a complaint. The staff at UGA’s Small Animal Teaching Hospital were fantastic and he trained them all quickly. The minute he walked through the door he went straight to the counter and demanded treats just for showing up. They treated him like the superstar he was and I will always love them for that. So may people asked about him during this time that we created a facebook page for him. 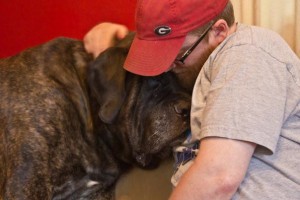 I love my dog

The doctors told us that he only had a few months but he held on and fought and was able to be here for the birth of his human brother. And like all good southern boys my son was christened by a damn good dog once he got home. 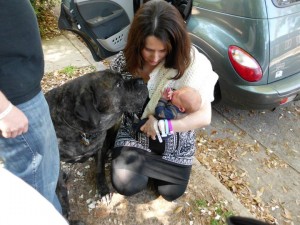 Sunday the Lymphoma came back aggressively and there was nothing more we could do for him. Today with his head in my lap, his mama beside him, his two Mastiff sisters laying down with him and surrounded by family and friends Sir Percival of Bransford passed away. I have thousands of stories about him, which I will tell thousands of times and I will never forget him. He can never be replaced and it will take a long time for the pain I feel to go away.

He who was my companion through adventure and hardships, is gone forever… 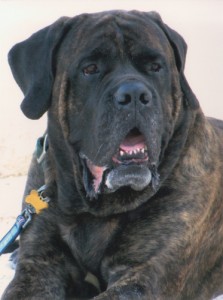